This post is just to let you know that I am now contributing exhibition and publication reviews to RIO Magazine. Originally published in 2009 as a free bi-monthly magazine, it can now be found online. Founded by Tina Rose, the online magazine is for any with an interest in craft. Happy reading! 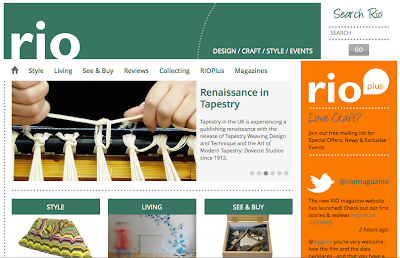 I have also updated the Papers/Talks page of the blog.
Posted by Francesca Baseby at 15:15 No comments:

Email ThisBlogThis!Share to TwitterShare to FacebookShare to Pinterest
Labels: craft

Bird Yarns is a project led by artist Deirdre Nelson as part of the project Sea Change (Tionndadh na Mara in Gaelic). Run by the not-for-profit programme Cape Farewell, Sea Change is a 4 year project designed as part of the London 2012 Festival and the Year of Creative Scotland. Bringing together scientists and artists, individual and collaborative activities have been, and will continue to, explore the issue of climate change on Scotland's western and northern isles.

One such artist is Deirdre Nelson. Working with a community of knitters  on the Isle of Mull, Deirdre devised an Arctic Tern knitting pattern. The birds were knitted with local Ardalanish yarns and in July 2012 they were displayed on Tobermory Pier. As well as those knitted on Mull, terns were sent from all over the UK and further afield.

For two days in September the arctic terns landed at Dovecot before heading to The Lighthouse, Glasgow for the month of October. There is something very inspiring about seeing these hand-knitted birds all together. Though all made to the same pattern, knitters were required to improvise the beak, eyes and feet themelves, and to use whatever stuffing they liked. This has resulted in a varied mix of styles and reflects the very personal nature of hand knitting. As I spent some time in the room with them, they began to develop their own characteristics. This top one is very pensive, gazing out of the window at Calton Hill. 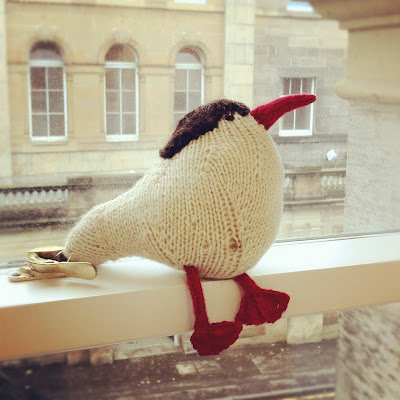 This next one looks like superman - flying through the air with a determined look on his face and an especially streamlined beak. 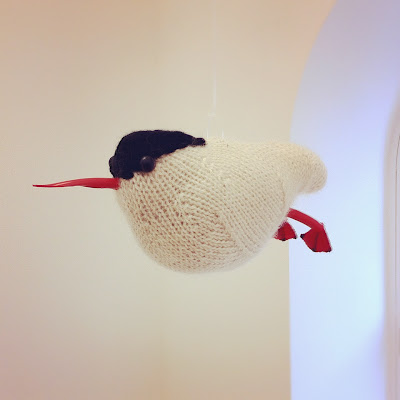 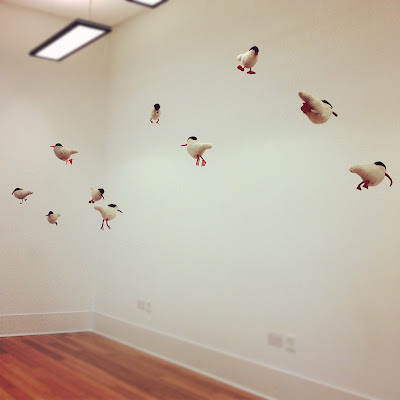 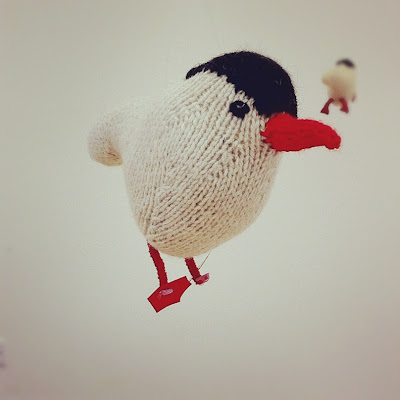 This little man looks like he's wearing a helmet a few sizes too big.

In order to allow as much public involvement as possible, a knitting set has been created. These are available to purchase at Dovecot and online here. The kit comes with knitting needles and two shades of Ardalanish yarns. I'll update this post once I've knitted mine! 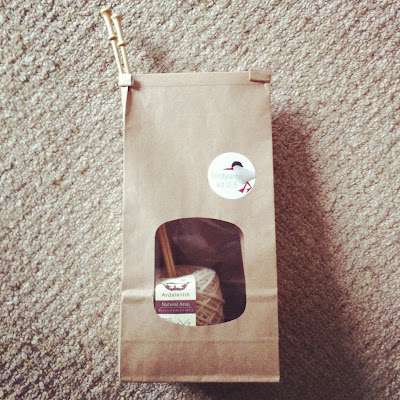 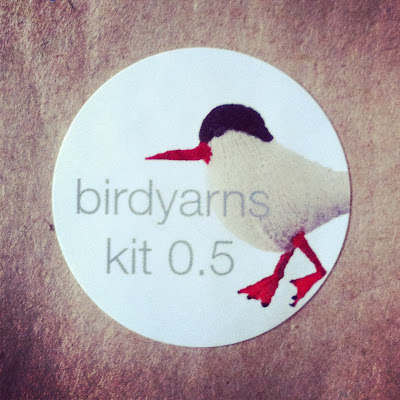 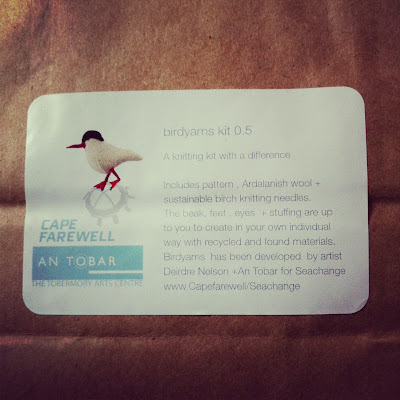 Posted by Francesca Baseby at 10:28 No comments: